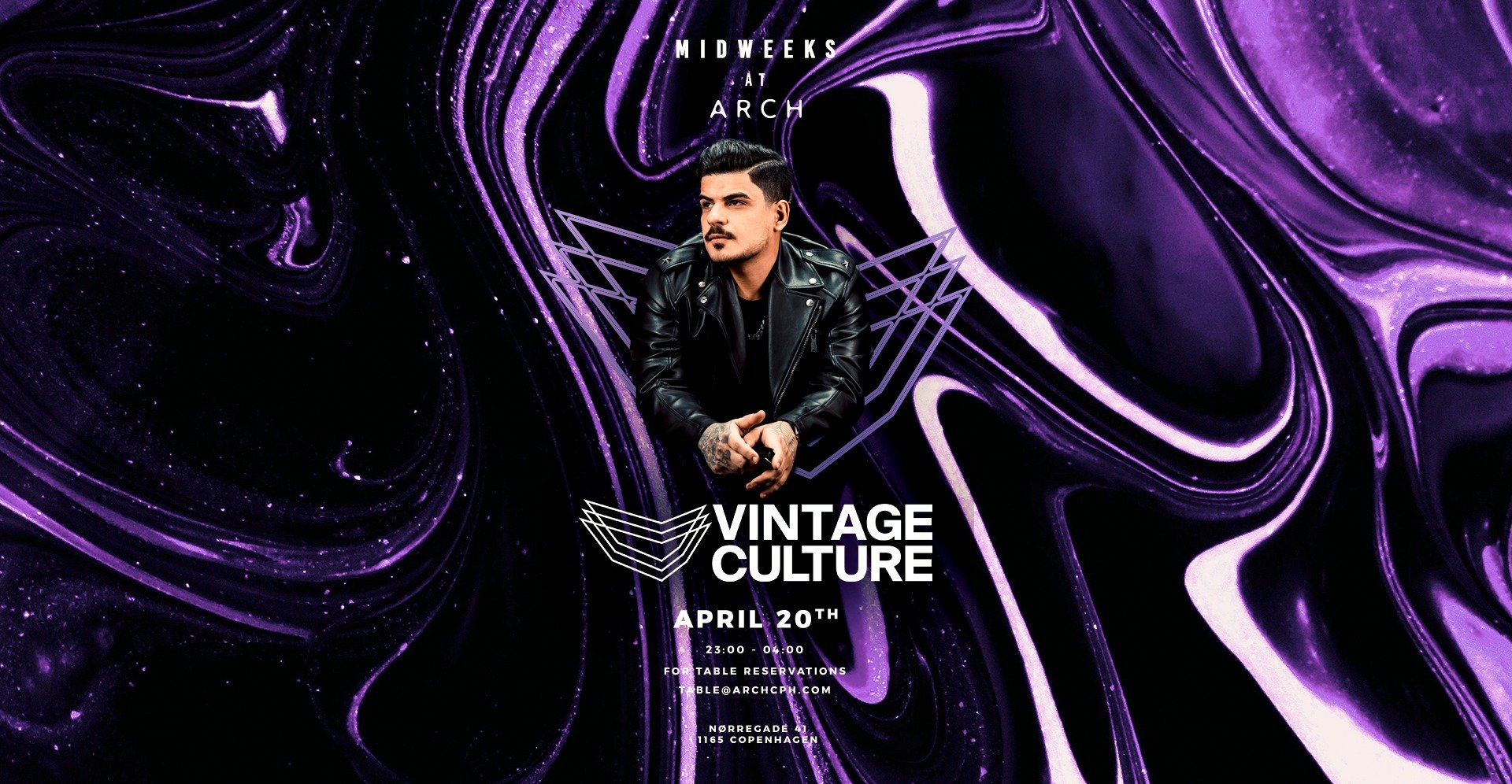 Vintage Culture only truly feels alive when he’s speaking to people through his music. What started in 2008 as tinkering in a bedroom in a tiny Brazilian city in the middle of nowhere has now led him to play to sold-out crowds of 25000 people at his own So Track Boa Festival, touring the United States, gracing the cover of Rolling Stone Magazine, making the Forbes 30 Under 30 list and going multi-platinum with more than 1.5 billion global online streams.

For Lukas Ruiz, Vintage Culture is a 24-hour responsibility. A passion project that aims to unite people through music. He is someone constantly eating away at traditional genre boundaries as he makes music that works both in the club and at home. Inspired by the work of groundbreaking artists like Pink Floyd, Pet Shop Boys and Kraftwerk, Vintage Culture produces soundtracks to people’s lives. Music with emotion,narrative and melodic hooks as well as infectious grooves.

During the pandemic, he didn’t slow down. He put out “It Is What It Is” featuring Elise LeGrow’s stunning vocal, beautiful piano chords and an effortless baseline, as well as “Coffee” with Tiësto, “Party On My Own” with his countryman Alok, and Volume 4 of his own Vintage Culture & Friends compilation. This year’s “Cali Dreams” with Fancy Inc featuring The Beach is already a huge smash with its lush, rousing synths and impassioned vocals. All this comes after impressive remixes of the likes of Meduza, Moby and David Guetta, and collaborations with artists including Jorja Smith, Moby and Sia.

Many Vintage Culture releases have been certified Platinum, and he has topped the Billboard Hot Dance, Spotify Dance and Beatport Main Overall Charts multiple times for his releases on Spinnin’ Records, Defected and his own Só Track Boa label. Ruiz is the creative force and owner of the label and is also responsible for the fast-growing international festival and fashion of the same name. All this has established him as one of the most influential and
creative talents of his generation in Brazil and beyond.

Vintage Culture will have support this night from Matisse.